“Detective Conan: Shibuya’s Bride”, translated from Japanese 名 探 偵 コ ナ ン ハ ロ ウ ィ ン の 花嫁 (The Halloween Bride) will be released on May 11, 2022 in French cinemas. Was this work as interesting as the previous one? Smallthings previewed it for you.

Warning, this review contains many spoilers that reveal the entire plot.

Read at your own risk

Halloween is approaching in Tokyo’s Shibuya district. During a reenactment of a wedding ceremony, police inspector Miwako Sato wears a wedding dress. But during the ceremony, an intruder breaks in and Wataru Takagi is injured while protecting Sato. Meanwhile, a prisoner escapes, the same one who three years earlier had killed Jinpei Matsuda, a policeman Sato was in love with. Jinpei, loved by everyone, was part of a close-knit group of friends now almost all deceased. Only Rei Furuya is still alive and as he sets off in pursuit of the fugitive, a mysterious masked person ties a bomb around his neck. Having to be isolated in a bunker, he must provide Conan with various clues to find the culprit.

Conan visits Kogoro, Ran’s father, and it is there that he meets the policeman Muranaka and his French girlfriend, Christine Richard (big name!). After several adventures, Conan learns from Rei’s mouth that three years ago they were already investigating the bombs, one of which was defused by the late Jinpei. They had dealt with a masked killer, nicknamed “Pramya”, the specialist in this type of bomb. “Pramya” is a Russian word that means “flame”: very mysterious, no one knows if it is a man or a woman. As Conan tries to piece the puzzle together, a policeman is kidnapped by people wearing Halloween pumpkin masks in the heart of Shibuya. The police immediately go after the hostage-takers and that’s when they meet Yelenika Lavrentyeva, a Russian commander whose family was killed by Pramya. Against all odds, she agrees to work with the police to take revenge on the masked killer.

Like any good movie in the franchise, Detective Conan offers us once again a story well told with a multitude of small clues that we don’t pay attention to immediately, but that prove to be important for the future. The small gadgets, the camaraderie between policemen, the “old style” continue to hit the mark, even if it is a recipe seen and reviewed often. It is quite surprising to see that the Russians would be the antagonists of the story (to believe that the creators of this episode could see into the future!) And, above all, I have the impression that this film revolves a lot more around romance. The focus is often on Sato and her budding feelings for Takagi, who has been in love with her for a long time. The love story is also illustrated by the bombs themselves: they explode only by mixing two different liquids. One is blue … and the other is pink! You can’t make it up! A very special alliance of Yin and Yang. Also, almost two weddings are celebrated in the film: the one created from scratch at the beginning with Sato and Takagi, and the second that really has to take place, that of Muranaka and Christine Richard. However, as one might suspect in the film, it is Christine who is actually Pramya. She was meant to blow up the entire Shibuya district in the middle of Halloween night, which echoes the film’s Japanese title. As we have noted many times, it often happens that the villain is a woman in Detective Conan.

However, there is one big drawback despite the quality of the story: this work is less good than the previous one, the impressive “The Scarlet Bullet” that we have already reviewed. There’s a lot less heart-pounding suspense or special effects in this one, especially since we don’t see as many historical characters from the “Detective Conan” series. This is likely to disappoint an audience that may have been captured by “Scarlet Bullet”. Here it is much more classic, much more discreet in terms of design, exactly like an episode of the series but longer. For my part I was not disappointed: the story is really very well done, but unfortunately it is possible that this film does not find its audience in France, if not among the most avid fans. 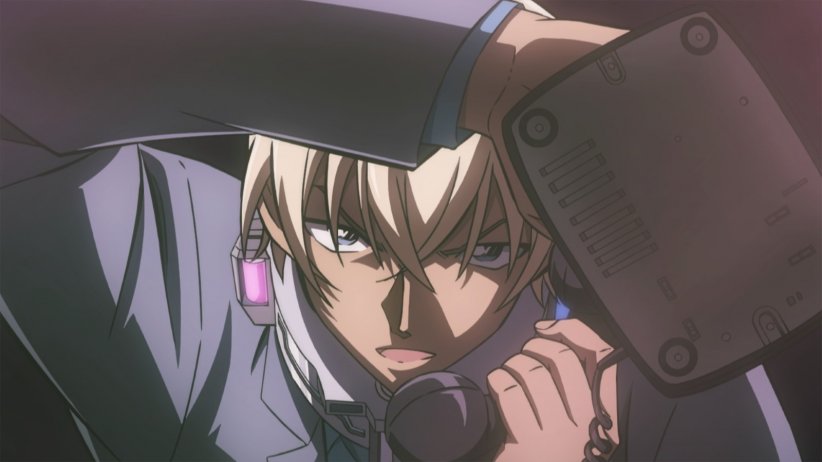 Warning, spoilers on the post-credits scene!

A scene takes place after the credits, just like in “Scarlet Bullet”: after the “weddings” that marked the film, this time we are witnessing… a funeral. Takagi is dead and we discover a grieving Sato surrounded by all the other policemen. At this time, the Yakuza broke into the ceremony and two clans end up fighting. In the confusion, Takagi emerges from his makeshift grave, stunned. And yes, it was a police reenactment once again, and Takagi is alive and well! END.

Really, this movie is worth watching! This post-credits scene brings some suspense because at the end of the film, Takagi is injured by a bullet in the hip and we don’t know at all if he survived. When we discover this last scene, we really think that he is dead forever and that the sadness of the characters is sincere. While not. Even Marvel doesn’t have a lot of suspense in the post-credits scene! Really, if you have nothing to do this Wednesday, go see it. You can be sure you won’t be disappointed.