On Wednesday, Microsoft-owned Mojang announced that NFTs and blockchain technology would no longer be integrated into Minecraft. This was bad news for NFT Worlds, which spent months building an entire crypto economy on a collection of random seeds needed to create specific Minecraft maps.

On July 20, 2022, Mojang decided, without warning, to simply ban any integration of blockchain and NFT technology into Minecraft. The move has completely disrupted emerging Web3-based gaming platforms based on this technology, such as NFT Worlds, NFT Worlds officials say. 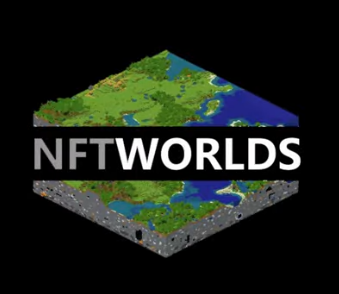 Hi everyone! We recently received feedback from community members asking for clarification and transparency regarding Mojang Studios and Minecraft’s position on NFT and blockchain. We wanted to take this opportunity to share our opinion that NFT integrations with Minecraft are generally not something we will support or allow, “the official Minecraft website reads.

While players have long been able to charge for access to the private Minecraft servers they control, the company’s usage guidelines emphasize that all players should have access to the same features on these servers. This conflicts with the main point of NFTs, which Mojang characterizes as digital property based on scarcity and exclusion, which does not align with Minecraft’s values ​​of creative inclusion and play together.

In our Minecraft Usage Guidelines, we explain how a server owner can charge for access and that all players should have access to the same features. These rules are meant to ensure that Minecraft remains a community where everyone has access to the same content. NFTs, however, can create scarcity and exclusion patterns that conflict with our guidelines and the spirit of Minecraft.

NFT Worlds is a cryptocurrency gaming platform launched in October 2021. It has enabled an ecosystem of the first interconnected but independently owned worlds operating with a single unified game currency, dozens of newly designed game modes for Minecraft from creators and new free opportunities for players to earn items simply by having fun and playing these games built on its platform for free as long as players own a copy of Minecraft, says the NFT team.

NFT Worlds has given the world an insight into what Web3 technologies could bring to existing and new games on a large scale. To date, NFT Worlds is comprised of nearly 200 independent project teams built on its platform, with a rapidly growing player base of nearly 100,000 registered and actively playing players worldwide.

For now, players who own an NFT world set by NFT Worlds can still use its random seed to play in Minecraft or even host multiplayer sessions in that map, a Microsoft spokesperson confirmed. But that doesn’t mean much, since the NFT itself has never provided exclusive rights to this map, just as writing “World 1-1” on a piece of paper gives ownership rights to the iconic Super Mario Bros. level.

The NFT Worlds team says they will prioritize backward compatibility with existing Minecraft server development plugins and practices in their next clone. This means that creators should continue to create NFT Worlds content on Minecraft, with the team confident that it will work with the new NFT Worlds game rebranding when it launches.

Thanks to Mojang’s new EULA, however, any further development related to NFT Worlds in Minecraft may not involve any blockchain-based functionality, NFT support, or in-game currency at this time. And since these are the main features that have defined NFT Worlds’ value as an add-on, it’s unclear exactly what the NFT Worlds developers will do until their new Minecraft alternative is released.

Below is an excerpt from the NFT Words post

After a decade of fun experiences playing and building within the Minecraft ecosystem. Minecraft is no longer a welcoming place for us or the creators involved in our platform. For many it would be the end, but not for us. We saw the preview of Something Too Special come out. Thousands and thousands of others have done so too. We have already begun to bring together the best visionary developers within the Minecraft development ecosystem to join NFT Worlds.

We are creating a new game and a new platform based on many of the core mechanics of Minecraft, but with modernization and active development that Minecraft has been missing for years. This is not a rewrite of an open source Minecraft clone, which would likely violate the EULA with the risk of legal action, this is a complete rewrite. Along with this transition will also come a change in the brand identity for the audience that is more player friendly.

The style of play, look and feel will be very familiar to Minecraft players. Game mechanics, graphics, performance optimizations and general improvements will make the game more accessible and fun.

Above all, we will be completely independent of the enforcement of the policies that Microsoft and Mojang have on Minecraft. We truly become our game and our open platform. Access to the game will be 100% free for players and there will never be any credit card payment barriers for content. Finally, we’ll prioritize backward compatibility with Minecraft server development practices. This will allow for a smooth transition for existing content from our creators.

What do you think of the idea of ​​creating a new game based on Minecraft? It is feasible?

Minecraft locks its block game blockchain. The scarcity and exclusion of projects like NFT Worlds would go against the values ​​of the game

Microsoft confirms the acquisition of Minecraft for 2.5 billion dollars

Microsoft is using the Minecraft game as a learning space for its artificial intelligence software which will be available this summer.

Does Microsoft rely on C ++ rather than Java to write the new version of Minecraft Education Edition, a guarantee of greater speed?