The XL Games studio is currently carrying out the alpha-test of ArcheWorld, the version of its MMORPG ArcheAge that integrates cryptocurrencies. The opportunity to better understand the play-to-earn model of the “blockchain” MMORPG.

Together with the operation ofArcheAgeI study XL games announced the development of the ArcheWorld : we discovered a new variant of the original MMORPG, but this time based on a play-to-earn model: the game economy is supported by cryptocurrencies and integrates NFTs in particular with market objects.

For some days ArcheWorld has been subjected to an alpha-test (which will last until 11 August) and the studio XL Games takes the opportunity to specify the play-to-earn model of its “MMORPG blockchain”. How are the gaming economy and cryptocurrencies connected?

One currency: Blue Salt (or BSLT)

We mainly note that the MMORPG is based on a currency (the Blue Salt, or BSLT) and a resource (the Archeum) which are used both to progress in the game and to provide crypto-assets to the platform. In concrete terms, players will find auction houses in the game universe that centralize all trading in the MMORPG – live trading between players is impossible. And in these auction houses, transactions are made using Blue Salt (BSLT)which takes the form of a token used both to trade (buy items) and to finance services in the game world (the cost of maintaining a building, for example, or unlocking the MMORPG ArchPass).

But how is Blue Salt obtained? By participating in certain in-game events (the developer promises distributions to players that will rise to the top of the rankings of certain in-game activities), but also by selling items in auction houses. Note, however, that XL Games takes a commission on sales. Similarly, BSLTs can be “mined” from the game to be converted into cryptocurrencies (having tangible value on the blockchain), but again, mining involves a commission.

At the same time, ArcheWorld also includes a resource, the Archeum, which is used both to advance your character, to make certain crafting recipes, to upgrade buildings or equipment through a system of spells. The Archeum therefore presents itself as an essential resource in the game and there are two types: the degraded Archeum and the intact Archeum. The first is obtained in the form of loot on mob classics, the latter is a more deserved reward, to be faced bumps, for example by participating in faction wars or fortress sieges. You also get Archeum by beating the ArchePass levels.

The Degraded Archeum has no practical use except that it can be transformed into an intact Archeum through a process of craftsmanship in the workshops of some buildings. These buildings can be built on land (which takes the form of NFTs) that investors can then purchase to rent out access to players who need the workshops, against the BSLTs. We understand the principle: investing in a building (an NFT available in limited quantities, at the rate of 7000 lands per server) can be profitable with players looking to produce Archeum. 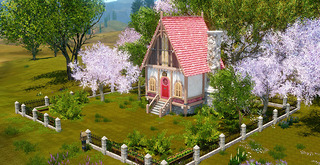 How about using the intact Archeum? The resource obviously serves more or less as a basic ingredient for most in-game activities and in particular for the improvement of objects. And this is important to the extent that objects progress like characters, with experience and spells, the Archeum specifically allows you to improve the Third and the developer specifies that the objects are unlikely to break during the spell process. Again, we understand the mechanism: improving an item should mechanically increase its value in auction houses and therefore its price in BSLT. But at the same time, the improvement of an object may also require components that must be purchased in auction houses, with BSLT.
Traders will have to do academic calculations to gauge the profitability of their production.

Note that BSLT and Archeum can also be bought and sold in auction housesand that their value will fluctuate based on supply and demand. However, XL Games also provides for adjustment mechanisms so that the values ​​of the two resources remain relatively stable: part of the fees collected by the studio will be used to top up a special fund that will allow the two resources to be adjusted in the event of inflation or deflation.

As we have seen, ArcheWorld therefore also integrates NFTs through its land purchase system (each terrain is individualized through an NFT). Players will be able to acquire territories to exploit them on their own (players who would like to produce Archeum, in particular) or rent them to other players against BSLT just to make their investment profitable. 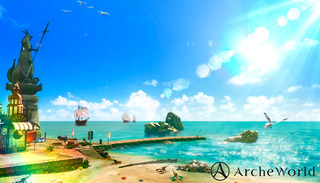 At the same time, the studio also plans “NFT Objects” : Creative players will be able to import images into the game world, for example to make a crest. This image could be “printed” on a shield, a cloak or the sail of a ship, for example. From that moment on, the object will be “individualized” thanks to an NFT (it will become unique in the game universe) and can be marketed accordingly. The developer specifies that if the NFT is transferred to another player, the buyer becomes the owner of the image and can in turn use it on the equipment: the initial creator loses the image and the buyer can use it for example to decorate his handcrafted creations. Again, the mechanism is designed to encourage exchanges between players, without however specifying how copyrights will be preserved in the game universe.

For the curious, ArcheWorld is currently undergoing an ongoing alpha-test (until August 11). If all goes as the studio hopes, the commercial launch is expected by the end of the year.