Understanding the metaverse is complicated, especially since it doesn’t exist yet. As big tech companies like Microsoft and Facebook keep talking about it, there’s an evolving lexicon to describe it. This article provides simple concepts (that most people are familiar with) that will help your grandparents understand the metaverse.

In October 2021, Facebook renamed its group name to Meta. It’s been nearly 10 months since the company announced it would focus its future on the next metaverse. But since then, what this term means has not been agreed upon. In essence, the metaverse evokes different meanings for people. For some, it’s an immersive virtual reality experience in a persistent landscape. For others, it is the vision of the future society.

Of course, the metaverse is difficult to describe and no one knows what it will actually be like. In February of this year, Yougov, an online survey company, conducted a survey to find out how attractive the French are to this virtual world. The study concluded that 61% of French people are not fully aware of what it is. And only 19% of people over 55 say they understand the metaverse. Among the elderly, there is still a difficult task to explain this virtual world. That’s why we’ve provided you with a guide to explaining the metaverse to your grandparents.

Set the metaverse for your grandparents

The contemporary internet experience is said to be two-dimensional. In other words, you navigate it and swipe it on a screen. The metaverse, on the other hand, is In 3D. It means you “browse” via connected headphones or glasses. It is a virtual environment in which people can perform various tasks.

Your grandparents will be able to do it meet new people without having to travel long distances or even to leave the house. This can be extremely useful for those living in remote locations and for users with physical disabilities. 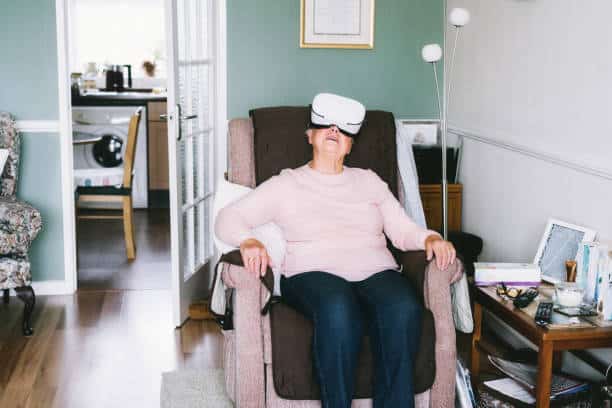 Metaverse users can become what they want. Grandma or grandpa can change hair color, body shape, gender and even appear as a fictional character. Also, they have the option participate in concerts, fairs and training events. Create scenes, buy and monetize real estate, acquire real and virtual products, play virtual reality games… There are a thousand and one things you can do in this virtual world.

Virtual Reality, Augmented Reality, Mixed Reality and Extended Reality are technical terms often mentioned in relation to the metaverse. But it’s not always easy to navigate, especially for grandparents. Here are some easy to understand definitions.

Virtual reality is a immersive experience where you wear a headset and can operate in a digital world. He currently uses full-face helmets rather than goggles. In addition, it has the specificity to immerse the user in a 360 ° virtual world in which it can move, as long as it does not bump into physical walls.

Augmented reality is a digital overlay projected into the real world. It is the real-time use of information in the form of text, graphics, audio, and other virtual enhancements embedded in real-world objects. It is this element of “real” that differentiates augmented reality from virtual reality. One of the best ways to explain augmented reality to your grandparents is to take the game as an example Pokemon Go. In the game, your phone keeps track of your location, the camera captures your surroundings, and the app overlaps digital pokemon on top so you can catch them. So when you’re in the game it looks like Pokémon appear right in front of your feet !

However, mixed reality includes both augmented reality and augmented virtuality. It aims to create an environment with interactive digital objects. Augmented reality, on the other hand, requires a screen to live the augmented experience. Mixed reality usually is lived in headphones (similar to virtual reality). This technology is already being used today in various ways to enhance our physical world with digital objects and visualizations.

Any new technology that combines the physical and virtual worlds will also be classified as XR. The “X” in XR stands for any variable that could be used in the future for such technologies.

In the context of the metaverse, your grandparents will often hear terms that are often associated with it. 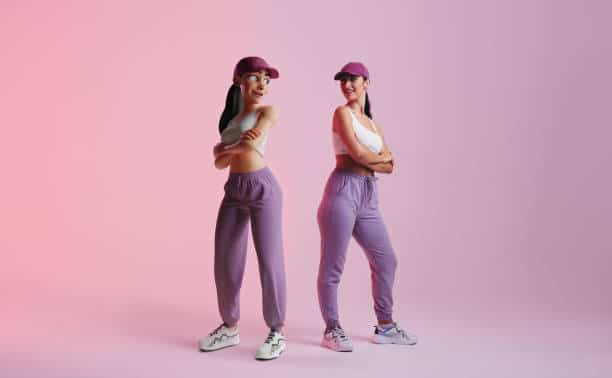 An avatar is yours character in a virtual world. The Metaverse avatar options are one of the best parts of the Metaverse experience. An avatar gives you the chance to look the way you want in any environment. You are not limited by territory or any other physical aspect. You can look as you like and taste any sporty or trendy clothing.

Neal Stephenson is the science fiction writer who coined the term metaverse in his popular 1994 novel “Crodo of snow”. In his writing, the metaverse describes a persistent virtual world. People there use digital avatars of themselves to explore the online world, often as a way to escape a dystopian reality.

“Snow Crash” imagines a bleak future: the global economy has collapsed and federal governments have lost most of their power to a handful of giant corporations. the the metaverse is an escape routeand the novel’s main character, a hacker and pizza delivery driver who is ironically named, Hiro protagonist – spends most of his time there. She enters the metaverse wearing glasses and “headphones” and appears in the digital world as her personalized avatar.

MMORPGs are interactive games that form the basis of what many believe to be the metaverse. Million of people interact in shared spacesplaying games, building items, visiting virtual shops and even going to concerts.

The virtual world in which it takes place the game is never static. Even when a player is disconnected, events occur around the world that impact the player when they reconnect.

An online virtual world, introduced in 2003, Second Life is one of the earliest examples of social experiences in the metaverse. While it’s not quite an MMORPG (it’s not designed for gaming), Second Life is still a open world social network with avatar. It might seem like the metaverse a VR version of Second Life.

Second Life residents, as users are called, have no designated goal and there are no traditional game mechanics or rules in place. Second Life strives to do so focus on social interaction, user-generated content and user freedom. As such, the virtual world is much more related to social media than the gaming industry.

What really sets it apart is not alone the freedom of its residents to travel the world and interact with each otherbut also its thriving full-fledged global economy and user-generated content. 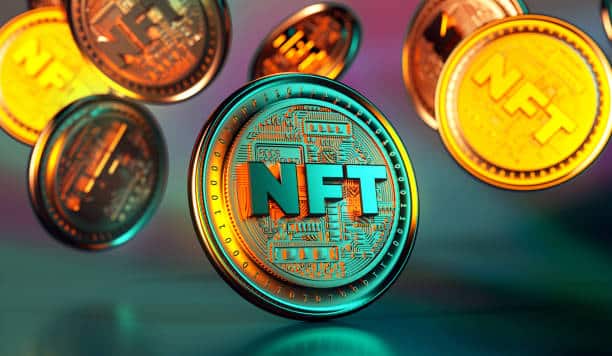 to imagine purchase digital artwork on the internet for a reasonable price and you get a known unique digital token that proves it your authority over the artwork you purchased. Well, this opportunity exists now, thanks to NFTs.

A non-fungible token (NFT) is a unique digital asset representing ownership of real world objects such as artwork, video clips, music, etc. NFT uses the same technology that powers cryptocurrencies, but they are not currencies. Although NFTs have sold for millions, they are highly speculative assets which are not suitable for everyone.

A digital twin is a digital representation of a physical object or system. The technology behind digital twins has expanded to include buildings, factories, and even cities. Some have argued that too people and processes can have digital twinsfurther expanding the concept.

Objects like aircraft engines, trains, offshore oil platforms and turbines they can be designed and digitally tested before being physically produced. These digital twins may also be used to it help in maintenance operations.

For you who have decided to teach your grandparents the metaverse, this common language and practical information will help you. Thus, you will save them the Internet click crisis while you talk to them about the new technology. Either way, it’s never too late to learn.