For the general public, blockchain and NFT are often associated with volatile coins and expensive JPG files.

However, beyond the headlines, many projects under development are using this technology in innovative ways.

The European Union recognized this potential several years ago. In 2017, the European Commission began exploring options for using blockchain technology to fight online piracy and counterfeiting. Now, more than half a decade later, that vision is on the verge of becoming a reality.

In 2018, the European Commission and the European Union Intellectual Property Office (EUIPO) launched their first 48-hour “blockathon”, which aimed to develop concrete projects. With the help of talented developers, this has led to a project that will help fight counterfeit products.

Four years pass quickly and the EU’s blockchain-based anti-counterfeiting solution is about to see the light. In a recent update, EUIPO’s Claire Castel informed the World Intellectual Property Organization that a live version of the project is expected to be operational soon.

Simply put, the anti-counterfeiting blockchain allows manufacturers to create unique tokens for all of their products as proof of authenticity. This record is kept on the blockchain and can be passed on to others if the underlying product is sold.

These tokens are “non-fungible”, better known as NFT and can be stored in a normal blockchain wallet. The EU sees them as unique ‘digital twins’ of a physical product which means proof of legitimacy and ownership.

“The blockchain record is a unique and immutable token. As goods move from one side to the other, the token is exchanged between digital wallets. The combination of a unique product identity and the continuous transfer of digital identity between wallets creates proof that products are authentic. ”

“While a product is traveling, customs and other law enforcement authorities can access information, such as authentic shipping documents, that can support risk assessment,” adds Castle. 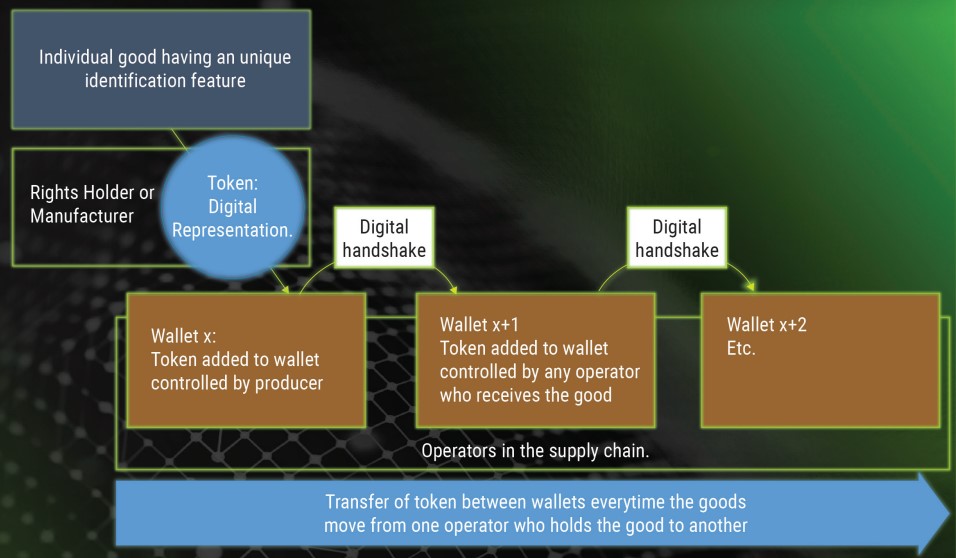 The EU sees many benefits from a blockchain-based solution. Unique NFTs simplify product authentication for consumers and law enforcement. However, NFTs will also help with product recalls and allow manufacturers to communicate directly with consumers via blockchain.

“As the right holder defines the type of data included in the digital twin, this could also lead to a targeted loyalty program based on product specifications,” Castel notes.

The EU initiative aims to be open and compatible with the wider NFT market. Brand owners can, for example, choose their own NFT platform. However, the EU blockchain services infrastructure under development will play a central role.

“The EUIPO will further create an identity management system, which will also act as a knowledge repository to store stakeholder identities and product locations, thus placing the EUIPO at the center of the ecosystem.”

It may seem futuristic enough to some, but the project is already in its final stages. EUIPO is actively collaborating with brand owners and will continue testing the system later this year. In addition, EU customs authorities, logistics operators and retailers are also involved.

Based on the current schedule, a live version of the EU blockchain anti-counterfeiting technology will be active by the end of 2023.

The above quotes are taken from a document that Claire Castel of EUIPO prepared for WIPO, which was shared with the Advisory Committee on Enforcement last week.