For Nicolas Lenz, a computer science student in Germany, blockchain solves nothing. In a blog post, Nicolas Lenz indicates that blockchain as a technology is already deeply flawed in its basic concept.

Blockchain technology promises to eliminate trust in central institutions. Initially, this would have applied to one currency: bitcoin (defined by Lenz as a speculative commodity, not currency). Instead of having centralized banks handling account numbers, bitcoin uses a decentralized ledger, the blockchain, for this purpose. 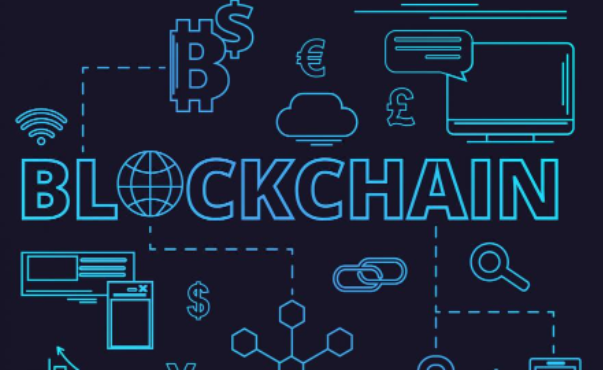 For Lenz, the idea of ​​not trusting centralized organizations may seem tempting, but it doesn’t work: blockchains don’t take away trust, they just change who to trust. Don’t believe the hype, says tech entrepreneur Ewan Kirk.

The bitcoin blockchain handles just under three transactions per second, which requires incredible amounts of electricity to function. Some argue that blockchain is using more and more electricity from renewable sources, but this is a red herring. If bitcoin uses this renewable energy, then someone else has to use coal and gas to power their home.

All blockchains are far more inefficient than any alternative. For example, Ethereum uses the same amount of energy as the Netherlands. Bitcoin produces nothing. It only destroys the environment.

According to Lenz, trust in human-controlled institutions bound by established laws and rules is replaced in the blockchain by an unconditional trust in the infallibility of the code (in code we trust is a popular phrase in the industry). Since the code is written by humans, it is rarely infallible.

Remember that the Dutch tax authorities have ruined thousands of lives after using an algorithm to identify suspected social security fraud. For some analysts, the Dutch scandal is a warning to Europe on the risks associated with the use of algorithms.

For Lenz, even though all the code was error-free, blockchains cannot do anything against threats such as scams, fraud, hacking of devices containing blockchain keys, or simply typos in a parts transfer.

Normally, cases of fraud or error can be rectified or canceled by the bank or similar institutions after a human analysis of the situation. However, in the blockchain world, there is no human supervisory authority. It is independent of banks, states and laws, which is precisely the main strength of all this technology.

Technology presents still other problems. The absolutely “perverse” use of energy in times of climate change is just one of them (this is mainly due to proof of work, still used by all relevant public blockchains, and general inefficiency), says Lenz.

Blockchain as a universal miracle remedy

The main purpose of the blockchain is to decentralize trust and consensus. That doesn’t stop many people from advertising blockchain as an innovative silver bullet for problems where it’s just plain nonsense.

A recent example of this madness in Germany is the development of the digital vaccination certificate in early 2021. Initially, it was planned to use blockchain technology. In this case, they wanted to use not one, but five. After massive public criticism, the plan was scrapped and replaced with a simpler non-blockchain architecture, which is still in use today.

Another even more recent example which, unfortunately, has not yet been canceled is the digital ballot in North Rhine-Westphalia. For Lenz, the concept is already completely absurd. The problem in question has been solved for decades and no one needs a complex, inefficient and expensive blockchain for it. Immediately after it went public, the project was exposed as completely insecure, despite the security of the blockchain.

For Lenz, these are just two of the countless projects where blockchain technology has been incorporated with no regard for common sense. Neither I nor anyone I know have ever heard of any use of the blockchain being useful in any way.

The virulent spread of blockchain technology

But why is the blockchain spreading at such a speed if it is so useless? To understand why, Lenz suggests taking a look at the original and still dominant use of technology: cryptocurrencies and their more recent derivatives, such as NFT, DAO and web3.

According to Kirk, the hype around Web3 is just another reminder of the tech industry’s short-term memory. For someone who has been mining bitcoin since 2012, it’s clear that Web3 is just a new version of the blockchain technology we’ve been discussing for ten years, “he said. Web3 followers want to add a blockchain layer to our internet infrastructure and radically decentralize the network. , or so they claim.

These things are useless nonsense that exists to extort mass money from people who know no better. However, a huge industry has grown up around them. This industry burns incredible amounts of human energy, money and labor time without contributing or producing anything of value to humanity, ”Lenz said.

From this sector there are increasingly frequent attempts to export its core technology, blockchain, to other areas of life. Blockchain is being pushed everywhere in society. This forced release is expected to give the blockchain industry a reason to exist outside of being a financial bubble, give it a shimmer of respectability and trustworthiness, and thus attract more people to the cryptocurrency market.

This market urgently needs these people and their money. This is a fairly obvious and huge speculative bubble. There is absolutely no real value in the entire market and it produces no value by itself. To prevent the bubble from bursting, or at least to slow it down, and not to drain profits, it is necessary to inject real money and the real economy into the cryptocurrency market. This money is to be found elsewhere. Not in the blockchain world, in the real world. And this is how the blockchain is presented everywhere as “modern”, “disruptive”, “innovative”, “secure”, etc. In fact, it’s none of that, Lenz argues.

Lenz concludes by saying that the spread of blockchain technology is not just maddening nonsense, it is actively harmful and dangerous. For these reasons, we must work against the hype by publicly exposing the absurdity of the technology and how the blockchain industry promotes it to increase its profits. For the future of technology, information technology and to protect people from the predatory cryptocurrency market.

Intel BonanzaMine chip, a bitcoin accelerator ASIC, with dual SHA256 hash engine, is said to be optimized for bitcoin

The Dutch scandal is a warning to Europe on the risks associated with the use of algorithms, the tax administration has ruined thousands of lives with an algorithm