We already recall in broad terms what this famous Web3 aims at. It’s all a matter of ownership. Web3 is the concept of a new third generation internet, decentralized and powered by blockchain technology and the economy that revolves around cryptocurrencies and NFTs (non-fungible tokens). It opposes World Wide Web 2, which is based on centralized platforms.

In other words, Web 3 is an Internet without a GAFAM-type corporate ruler and where users interact on decentralized databases, such as Ethereum for example. If I have aroused your curiosity, I will let you discover the Zonebourse guide which deals with this topic in depth: WEB 3.0: Internet in the era of blockchain and bitcoin.

While traditional games mainly involve centralized authorities, Web3 games focus more on the concept of decentralization. Therefore, each player can have full control of their digital gaming assets, such as non-fungible tokens (NFT) and fungible tokens (cryptocurrency), and freely exchange them with other players without getting confused. from game development studios or other centralized institutions. This means that no one else besides the player has access to their digital assets obtained in Web 3 games. This, in short, provides online players a way to monetize their experience. To discover a concrete example of Web 3 based gaming, I recommend that you read, or reread, this article: Investing in Play-to-Earn: the essential metrics to master

But are gamers really interested in this new economic model?

A more than shy enthusiasm of the users

While Web3 games bring some benefits, traditional gamers are still reluctant to try games from this new Web. We’ve relied on the recent report of theMobile game company Coda Labs that has partnered with WALR, a data creation company and a member organization of the Market Research Society. The survey was conducted in five countries, namely the United States, United Kingdom, Brazil, South Africa and Japan. A total of 6,921 respondents were interviewed.

Participants were initially divided into three groups based on their gaming activity and interests. 81% of the respondents qualified as a “generalist” gamer, which means that he played video games at least twice a month.

The next category is “non-players with cryptocurrencies”. These are people who regularly use cryptocurrencies but whose gaming activity is irrelevant compared to that of generic players (first category). Their crypto business mainly includes buying and selling tokens. This category is active on decentralized exchanges (DEX) and buys NFTs on a monthly basis.

The last category, labeled cryptocurrency players, includes people who meet the requirements of the two previous categories. This then represents players who play at least twice a month and regularly interact with decentralized exchanges (DEX) and NFTs. This category represents only 16% of the respondents.

As for intending to play a Web3 game, the numbers are grim. The report points out that 52% of gamers do not even know the term “Web3 game”. At the same time, only 15% of Web3 users are interested in playing these games in the future, as they see these projects primarily as investment / speculation opportunities. A minority have heard of “Play-to-Earn” and in fact it’s just a familiar term for cryptocurrency holders.

Those who had not played a Web3 game were asked if they would be interested in playing these games. Overall, 19% were interested. Furthermore, the potential financial income generated by the crypto-nft ecosystem was the most highlighted advantage in a Web3 game, regardless of the group studied. 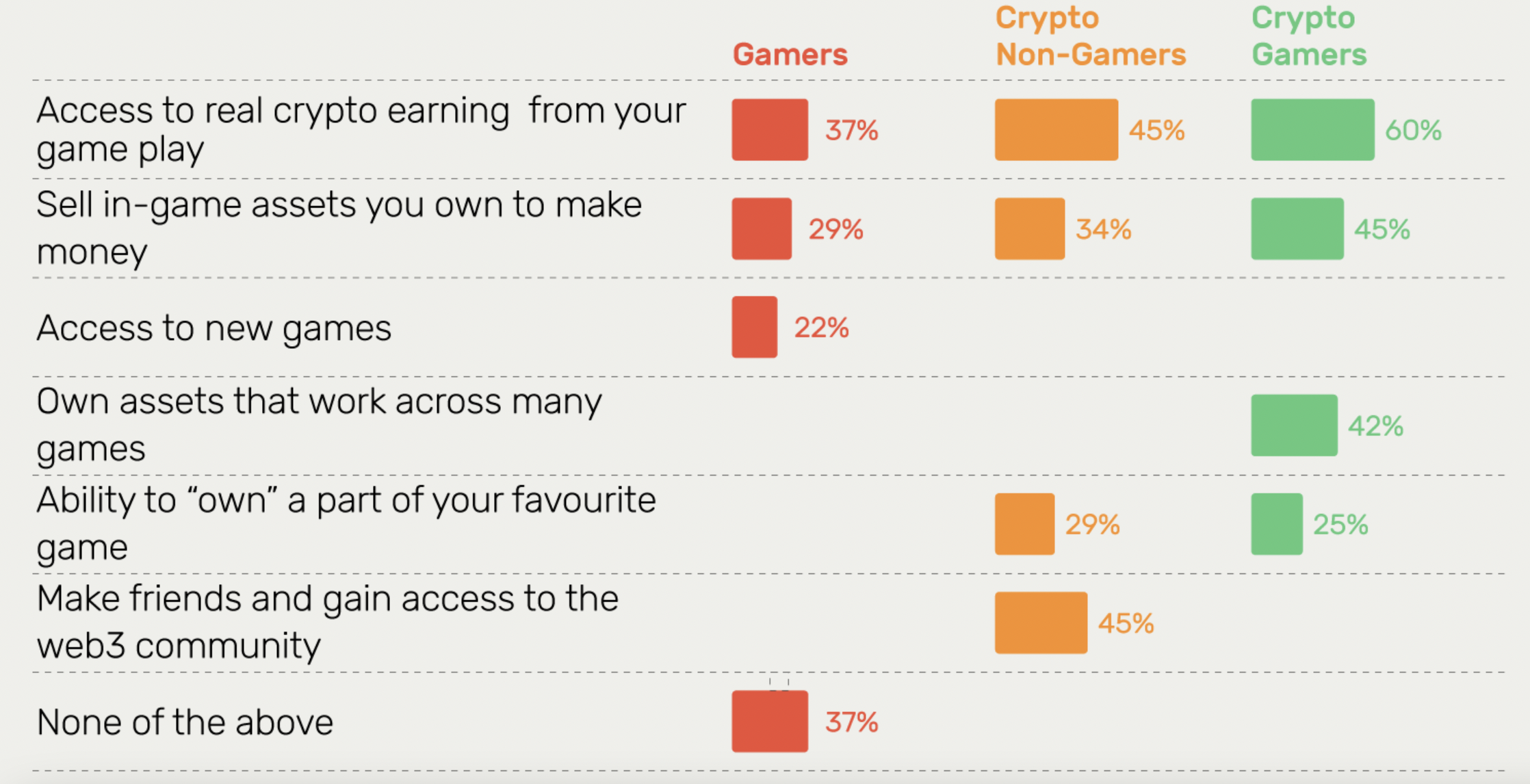 Finally, the main obstacle to the Web3 game is the lack of awareness on the part of the players on how it works. Most of the non-crypto players surveyed don’t know how to buy and trade cryptocurrencies. They also don’t know how to get NFT. Gamers cited practical challenges such as being unfamiliar with how Web3 games work as a reason not to get involved. Among gamers familiar with Web3, they cited concerns about scams and startup costs as reasons not to play these games. In fact, most “Playt-to-Earn” games require users to obtain an NFT (often representing a virtual character) to start playing. Character sometimes sold by another user which can cost anywhere from a few tens to a few hundred dollars depending on demand.

To conclude on a positive note, the data also shows that there is a conversion funnel for players. Gamers who end up trying a Web3 game tend to like it, with popularity ratings reaching 7.1 / 10.

“When regular gamers try Web3 games, they tend to feel more positive”said Şekip Can Gökalp, CEO of Coda Labs, who commissioned the survey.

Expectations for this year’s total investment amount in this growing industry fell 8.8% to $ 9.25 billion from last quarter’s projections. However, this is a much greater sum than the sum raised in 2021 at 4 billion dollars. 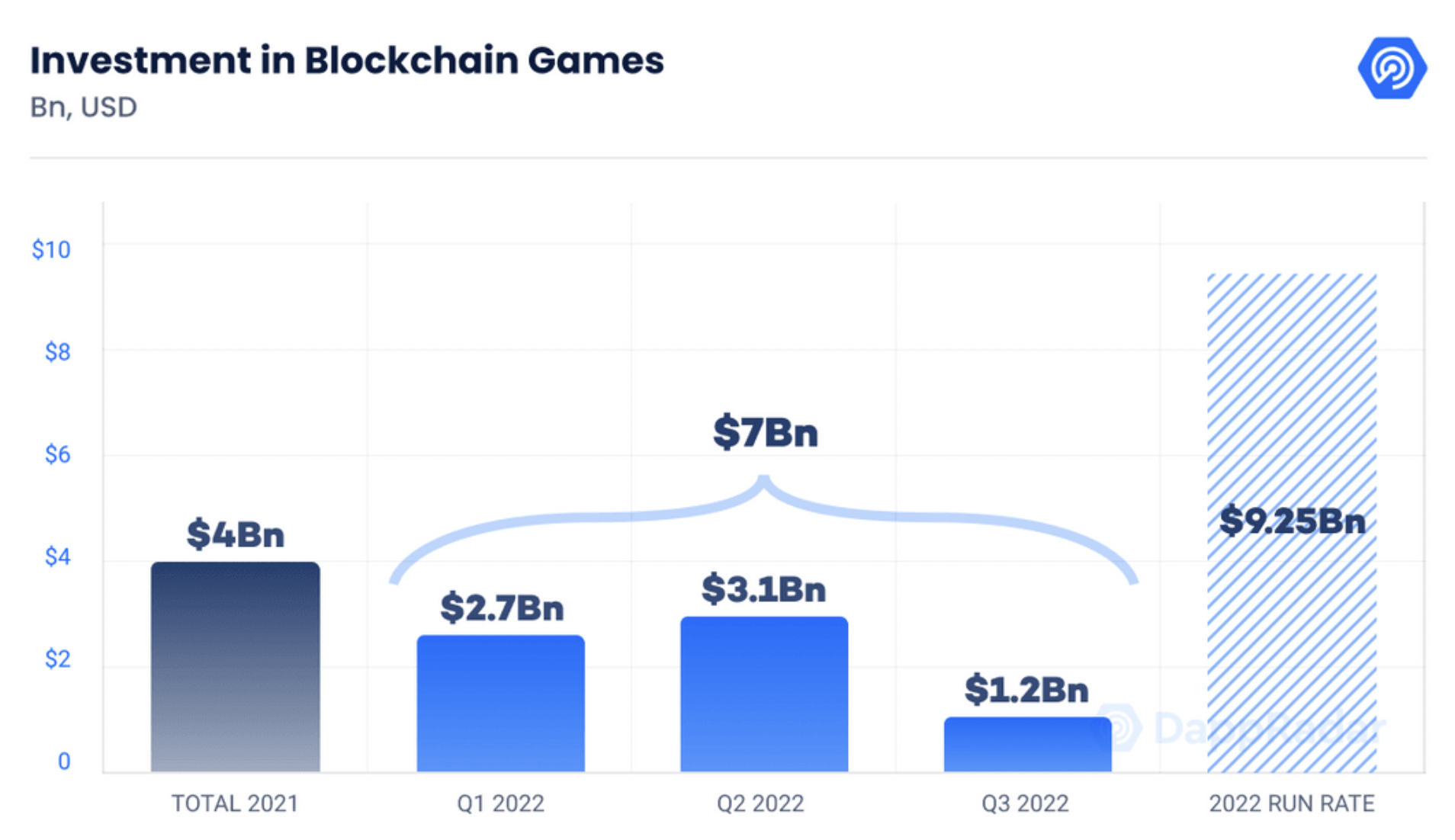 Web3 games are still in an embryonic stage of development. The poor gaming experience offered by these games attracts, for the moment, mainly speculators eager for fresh money. Gamers who put the user experience first remain attracted to the offerings of the historic video game companies.

In order for the adoption of Web3 games with crypto-nft sauce to be achieved, it will first be necessary to establish a specific regulation to protect the players. The NFT ecosystem is still something of a Wild West 3.0 where scams and scams abound. Massive adoption is not possible under these conditions. During the year 2022, the value and number of stolen NFTs increased significantly, becoming a record year, particularly with a month of May showing $ 23.9 million in fraud. In July, the number of stolen NFTs jumped to 4,647, but although the figure was relatively high, its value was only $ 3.9 million, partly due to the decline in NFT prices as the prices of most of digital assets declined during this period. 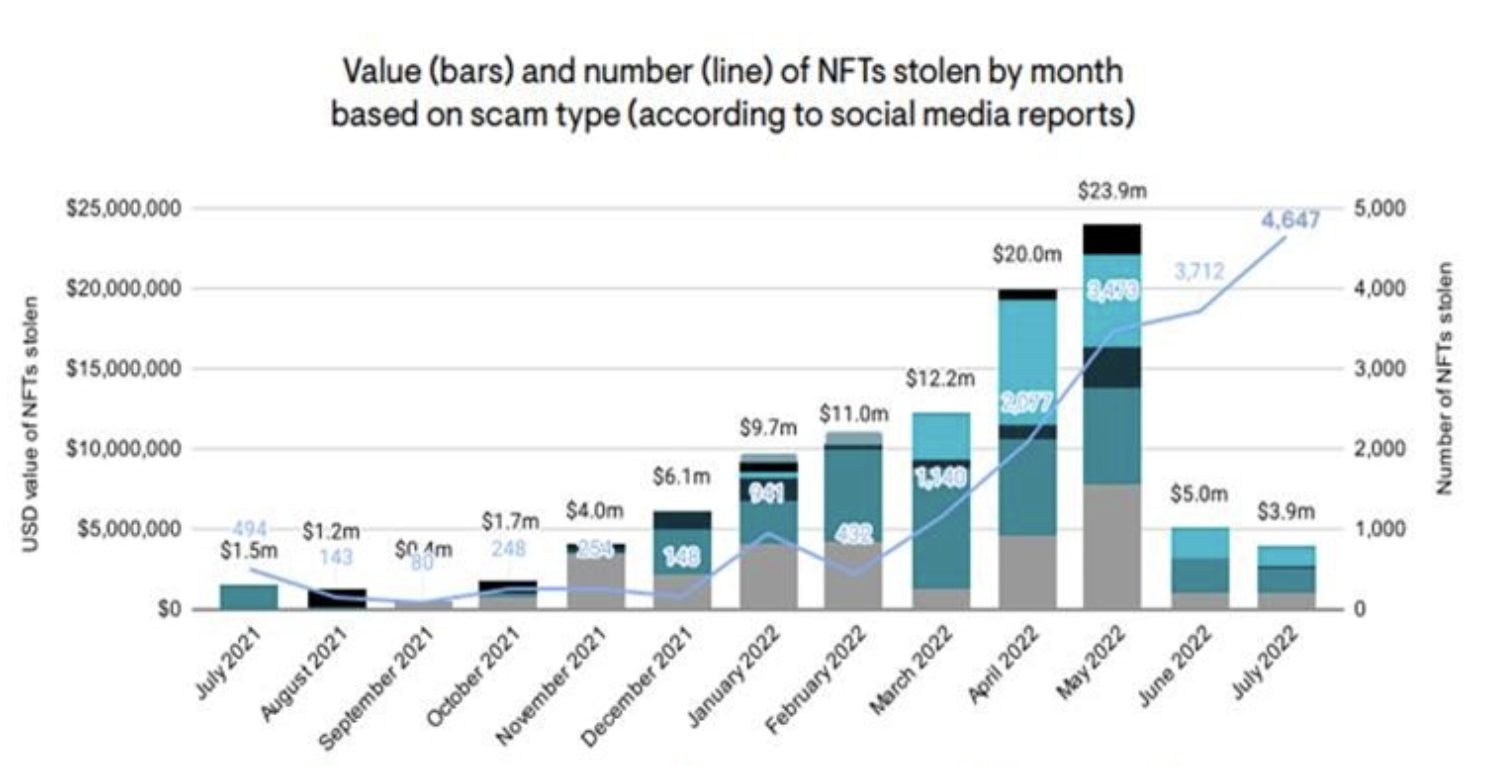 Finally, it will be necessary that the games offered have a graphic quality and a user experience comparable to what we can have on the latest generation consoles or some mobile games today. Which amounts to asking ourselves if there is compatibility between a decentralized Web3 and quality games that limit scams. If a decentralized GoldenEye 007 with these features is on the horizon, count on me to share its promises and risks with you. For now, I prefer to reconnect my wired controller.