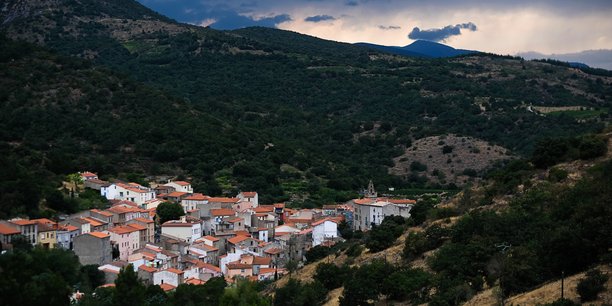 Tropisms often die hard. In the Pyrénées-Orientales, the mountainous areas and the Mediterranean coast, to which the suburbs of Perpignan are added, still arouse a vast wave of real estate desires, leaving in between, the Roussillon plain, the Aspres, Vallespir and Conflent in particular.

This is what emerges from the data just presented by the Order of Notaries. We learn that the real estate market in the department is consistent with the national or regional market as the average price shows an increase of 9.1% for old apartments and 2.7% for old houses, with sales volume increasing by 6.7% for old apartments, 5.6% for old houses and 8.3% for building land. Only the new apartments category remains stable, but the figure varies rapidly from year to year depending on the delivery of the programmes.

The department’s trading volume, 18,000 transactions recorded between September 2021 and June 2022, is also on the rise, setting a new record.

Southern Catalans in the mountains

If the former is popular, not all municipalities benefit from the same enthusiasm. Prices increase most in seafront municipalities, with an average price of up to 3,520 euros/m2 in Sainte-Marie-de-la-Mer and 2,660 euros/m2 in Angles, in Capcir.

In the segment of old houses, it is Canet-en-Roussillon which ranks at the top of the list, with an average selling price of 270,500 euros, ahead of Cabestany, Argelès, Saint-Estève…

Another significant increase in the Eastern Pyrenees: that of building land, whose average price shows an increase of +9.1% to 83,000 euros.

In the mountains, the market is, for its part, driven by the acquisitions made by the Catalans of the south, who are not shocked by the prices of the Cerdagne, accustomed as they are to the prices of real estate in the Barcelona conurbation.

In Perpignan the situation is very contrasted depending on the districts. The average price of the old apartments ranges from 970 euros/sqm in Bas Vernet to 2,250 euros/sqm on the road to Canet, passing through 1,280 euros/sqm in the historic centre.

Beginning of a slowdown

And for the current year? The notaries underline that the context is getting heavier and that the beginnings of a slowdown are perceptible. Due in particular to the increasingly significant difficulties encountered by new buyers to carry out their projects, between market prices, interest rates and bank loan rates.

For the new, it is inflation, the price and the availability of materials that encourage thinking and could cause a slowdown in the market. The notaries also insist on the new rules for energy audits which are becoming fundamental elements in price negotiation, but also on the fact that some categories of assets are missing from the stocks of real estate agencies.

To complete the analysis, they recall that due to the general context, ” a year ago, 60% of French people thought it interesting to buy while this year they are only 30%. “.